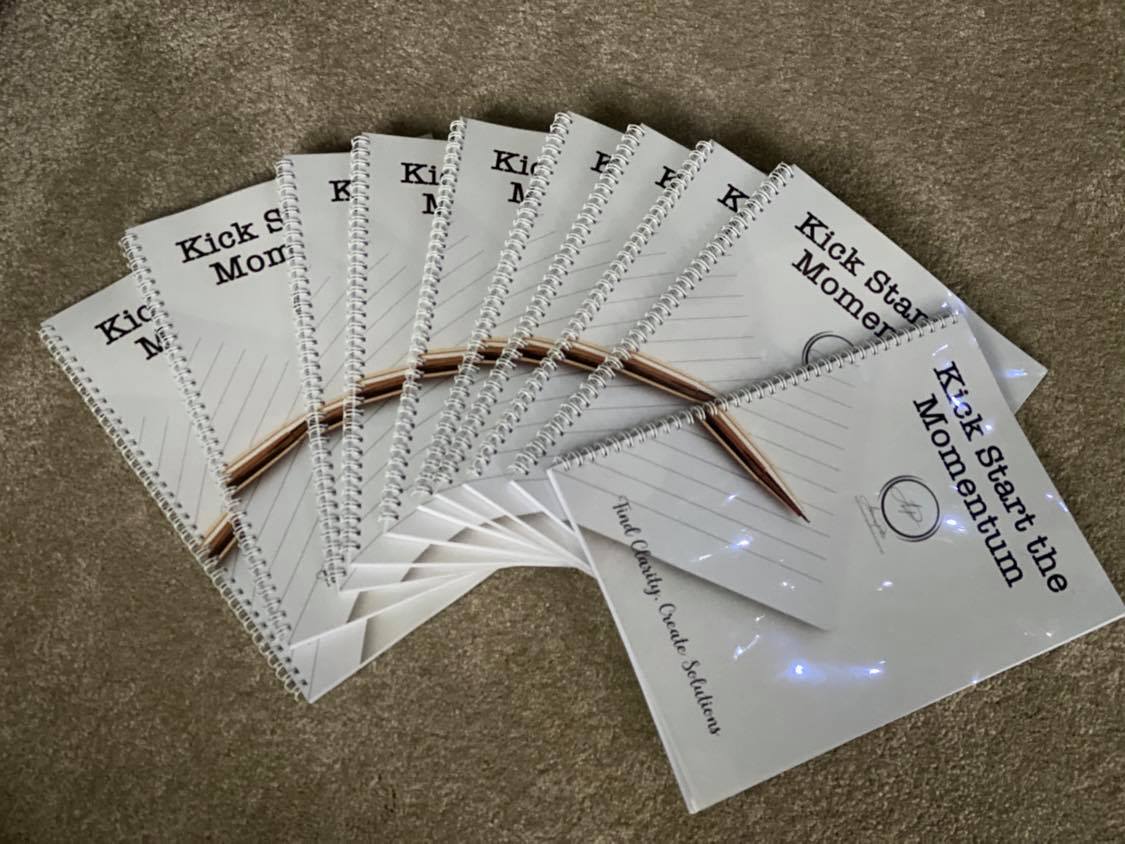 You may, or may not, know, that as well as a Solution Focused Hypnotherapist, I am also a Clarity Coach, a qualification I gained during the first lockdown earlier this year.

As part of my Coaching Courses I decided to write a workbook, one to help others create a routine, identify gaps in life, effectively set goals and create self-awareness.

While I was proofreading the book and making the odd tweak, I had a realisation about a long term goal I’d had, one that I had allowed myself to lose sight of over the past couple of years.

Since Dad passed away in 2002 I’d had a dream to create a Cancer Wellness/Drop-in Centre with holistic therapies available, a counsellor, a big kitchen table where people can just drop in and have a drink and a chat.

A safe space for the kids to play and young people to talk to others of a similar age too if they like. As well as those diagnosed with cancer, the centre would be for friends and family too, as I think they can sometimes be forgotten and are often left struggling, feeling helpless and have no real support of their own.

I reflected on why I had let this goal of mine slide and realised that I didn’t think it was a viable goal. The past several years have been pretty trying, with my own initial cancer diagnosis in 2013, the closure of a successful sports therapy business and the search for a new career that gave as much satisfaction as my sports therapy had.

The reality is, the Wellness/Drop-in Centre is a viable goal and although I always wanted to name it after my dad, Bob, I’m now thinking it’s more likely to be named after my mum, Wendy – The Wendy House… of course, it is early days and this could well change.

Anyway, I digress. If you read my last blog post, Know Your Body, you will be aware that I have just been diagnosed with secondary breast cancer, or as I prefer to refer to it, the Rogue.

Initially I made the decision to carry on with life as it is, with just a couple of tweaks here and there to my diet. However, having had a very frank conversation with my Oncologist and taken some time to reflect.

I decided that perhaps a change in diet may not be such a bad idea after all.

How To Starve Cancer

In doing some research into diet, I came across a book called How to Starve Cancer by a lady called Jane McClelland. A book I feel at this point that should be recommended to anyone who has faced a cancer diagnosis. The book is about Jane’s own experiences with cancer going back to 1994, and a recurrence in 1999 where she had a prognosis of only 12 weeks. Jane reveals how she starved her cancer using a combination of prescribed drugs and supplements as well as dietary and lifestyle changes.

As someone who was an avid reader for many years, I have to confess that it has been a long time since I have been engrossed in a book to the extent I have with this one. I have learnt so much in the past few days, and yes, some of it can be overwhelming, but it’s the best £20 of JP’s (aka the Hubster) money I have ever spent!

You may be thinking that I seem quite composed for someone who has been diagnosed with secondary cancer, don’t get me wrong, I have had a couple of meltdowns! The last one just two days ago when I had taken the decision to cut all sugar out of my diet and go vegan. All whilst trying to work out which foods were inflammatory and which ones weren’t suitable for an oestrogen fed cancer.

How on earth was I ever going to enjoy flavoursome food ever again (yes, I know, a little dramatic, but that was how I felt at that moment). Thankfully the voice of reason, aka JP, pointed out that I didn’t need to do it all in one go, I just needed to break it down and take it step by step… looks like he does listen to me after all.

What I Have Learnt?

Well, so far I have learnt that as much as I have been blasé over the years about the impact of sugar on cancer, most certainly it is not to be underestimated. I have learnt that cancer does not like oxygen, it does love fat and insulin feeds most cancers. I have also learnt that the liver works far more efficiently in the morning and earlier in the day, so the earlier you can eat the better.

By exercising moderately 15 – 20 minutes after food you pull the glucose out of the blood (a happy place for cancer) and redirect it to the muscles, this effectively starves the cancer cell microenvironment.

“Cancer cells have many glucose receptors on their surface to feed them glucose and give them enormous amounts of energy they need to replicate.” *

I have to say this doesn’t even begin to scratch the surface and I am only around a third of the way into the book.

We all know the seriousness of cancer, irrespective of the type. The diagnosis is delivered and there is immediate panic and fear, but if there is one thing I have learnt, it is that it doesn’t need to be that way; strategy wins over brute force.

Obviously, it is still early days for me in my strategy, but in order to achieve my desired outcome I have had to create change, and, as I say to my clients, is it the small steps that make the biggest of impact, not the grandest of gesture.

So to conclude, despite my initial unwillingness to create change my body is still a home rather than a temple, I have just decided to renovate. I took time to reflect, look at my desired outcome and decided to change the direction of my sail, because at the tender age of 48 I still have goals, a life to live, places to visit and work that brings even more fulfilment than even my sports therapy did. And believe me, that takes some doing.

Sometimes our goals may seem like the impossible to achieve, but as I have learnt over the past couple of days – nothing is impossible when we really set our mind to it, it just depends on how important the outcome is to you.

* Taken from How To Starve Cancer by Jane McLelland